The Board approved this appointment, taking over from Manuel Marín, at a meeting held today at the foundation’s headquarters in Madrid.

Fernando García Sánchez was this morning appointed the new president of Fundación Iberdrola España. García Sánchez was Chief of the Defence Staff from 2011 to March 2017 and in this role managed Spain’s participation in humanitarian and security missions under the mandate of the European Union, the United Nations and Nato. During this period he also promoted various initiatives related with solidarity, the environment, the promotion of women and education in the Armed Forces. 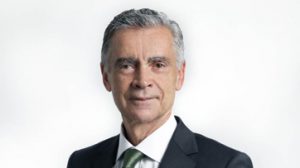 The Board approved this appointment, taking over from Manuel Marín, at a meeting held today at the foundation’s headquarters in Madrid.

The Fundación Iberdrola España board valued his career experience in the management of multidisciplinary teams in complex humanitarian projects, and his wide international experience and vocation to serve society, which he will now transfer to the tertiary sector and corporate social responsibility. García Sánchez succeeds Manuel Marín, who presided the foundation from 2008 until his death on 4 December last year.

Born in Granada in 1953, Fernando García Sánchez first held this office as a sub-lieutenant in 1976. Since then he spent much of his career on board ship in various units. He commanded the Mine Action Divers’ Unit, the patrol boat Villamil, the corvette Infanta Elena and the tanker Marqués de la Ensenada.

In his postings on land, he combined teaching with various roles in the Navy General Staff. He has a degree in military personnel management, he is a submarine specialist and is trained as a combat diver. He speaks English and French.