Rei Jaume I Awards in collaboration with Fundación Iberdrola España

The Rei Jaume I Awards ceremony is held, presided over by HM Queen Letizia. The ceremony was attended by Fernando García and Ramón Castresana, President and Director of Fundación Iberdrola España, respectively, and Ibán Molina, the company’s institutional delegate in the Valencian Community.

Queen Letizia stressed that the “talent, effort and generosity” of the winners of the King Jaime I Awards “are proof that we are capable of projecting a modern, supportive and strong Spain”.

Doña Letizia has pronounced herself in these terms, at some point resorting to Valencian, during her speech at the King Jaime I 2020 Awards ceremony held this Monday in the Lonja de los Mercaderes in Valencia. She was accompanied at all times by the President of the Generalitat, Ximo Puig, and the Mayor of Valencia, Joan Ribó, among other authorities.

At the ceremony in Valencia, the awards were presented to the winners in the six categories: Basic Research 2020 to Fco. José García Vidal; Economy 2020 to Diego Puga; Medical Research 2020 to Miguel Beato del Rosal; Environmental Protection 2020 to Fernando T. Maestre; New Technologies 2020 to Laura Lechuga and Entrepreneur 2020 to Verónica Pascual.

Queen Letizia addressed the award winners and told them that they were receiving an award that “inspires” and “helps them to have confidence”: confidence in the conclusions reached by Diego Puga to understand the evolution of regional inequalities; in the solutions offered by Verónica Pascual from her leadership in industrial robotics and automated handling; in how Miguel Beato unravels the molecular complexity of hormone action to explain gene expression; in the contributions of Fernando Maestre when he tackles the problem of desertification to tackle global warming; and in Francisco José García and his basic research in nanophotonics. And confidence, said the Queen, in Laura Lechuga, who develops biosensors and innovative tools for rapid diagnosis.

The Rei Jaume I Prizes are awarded to people who stand out in their field of work and who have carried out most of their professional activity in Spain. They are recognised as the most prestigious awards for activity carried out in Spain and are among the best paid in the country. The winners in each category are committed to donating part of the prize money to research and entrepreneurship in Spain.

Iberdrola has participated in this event, as its Foundation has been collaborating with this institution for years as a member of the Jury and promoter of the Environmental Protection award, one of the six award-winning categories. 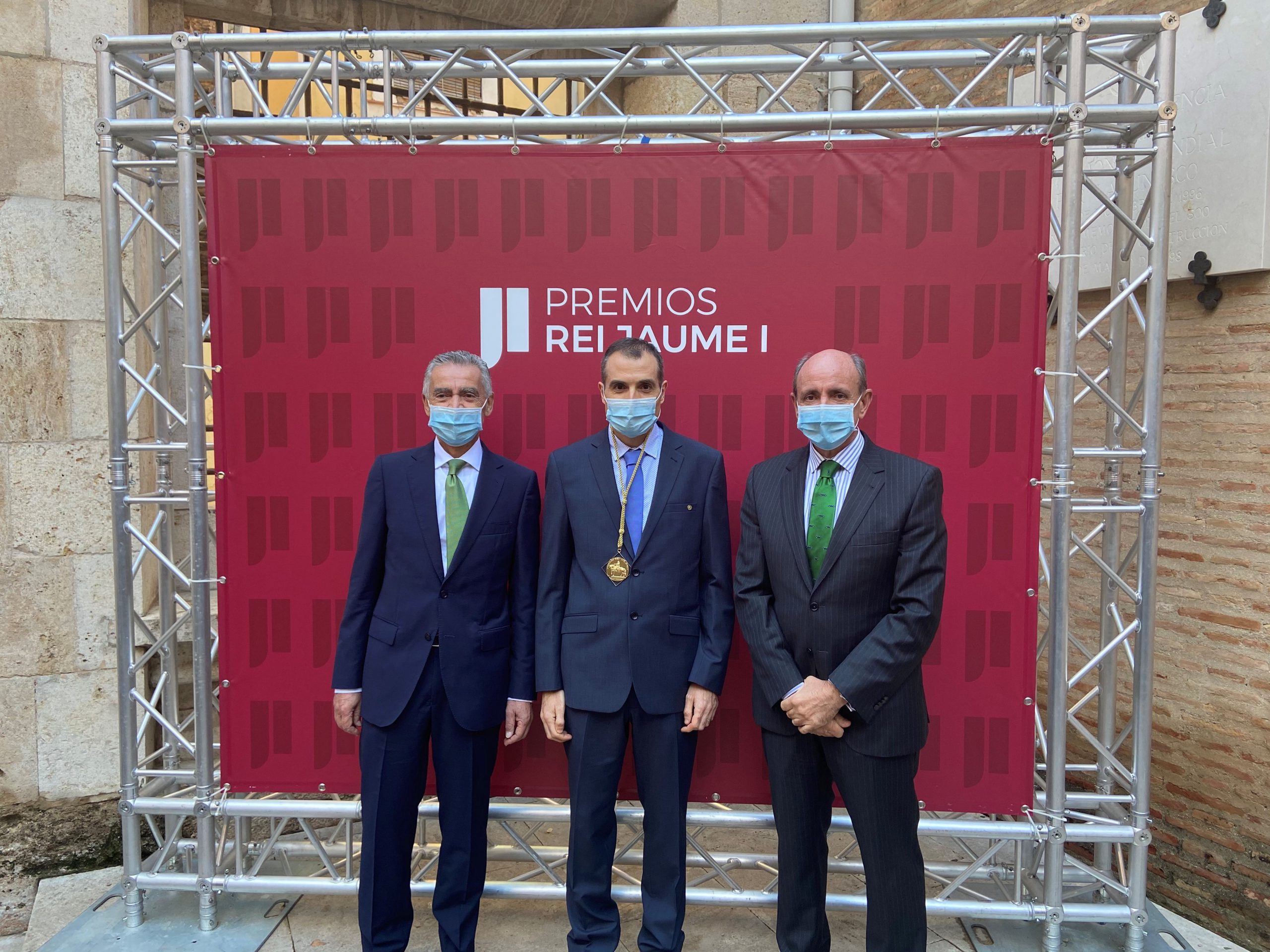